Blog Tour Review: All the Good Things by Clare Fisher

Blurb
Twenty-one year old Beth is in prison. The thing she did is so bad she doesn't deserve to ever feel good again.

But her counsellor, Erika, won't give up on her. She asks Beth to make a list of all the good things in her life. So Beth starts to write down her story, from sharing silences with Foster Dad No. 1, to flirting in the Odeon on Orange Wednesdays, to the very first time she sniffed her baby's head.

But at the end of her story, Beth must confront the bad thing.

What is the truth hiding behind her crime? And does anyone-even a 100% bad person-deserve a chance to be good?

Review
Twenty-one year old Bethany Mitchell is in prison for doing a bad thing. She’s given up on herself but prison therapist Erika will not. She gives Beth a notebook to write down all the good things in her life, Beth initially believes there will not be any good things as the bad thing she has done has eaten away at her. But as Beth goes back over her life she finds plenty of good things and begins to realise that maybe what she did was not completely bad and that she may not be 100% to blame.
It is pretty obvious from the start what the bad thing was that Beth did but as the story unfolds and we learn more about her it’s impossible not to feel your heart break for Beth she’s not a bad person she’s just had a bad life and has reached a point where she’s so overwhelmed she snaps.
This was a very emotional read which examines the important question of does doing a “bad thing” makes us a “bad person”. As Clare Fisher has brilliantly examined in this novel events cannot be perceived in just black or white and most human experiences are covered by a grey area which can be interpreted differently depending on circumstances.
I found Beth and her story fascinating, she has been consistently let down all her life and every time she gets a glimmer of a better life it seems to be snatched away from her just as she seems to feel happy and yet she keeps going trying to do the best she can in her lonely and poor state.
Despite this being a short novel it’s full of emotion right from the start and will probably end with you in tears. It’s not all sadness though and some of my favourite parts are when Beth works at the Odeon with Chantelle and the Chuckle Sisters when we see Beth at her best as a young girl just trying to have a little fun.
Well done to Clare Fisher for a very moving and relevant debut, I look forward to seeing what she writes next.
Thank you to Penguin Viking for sending a copy of All the Good Things and for inviting me to be part of this blog tour. 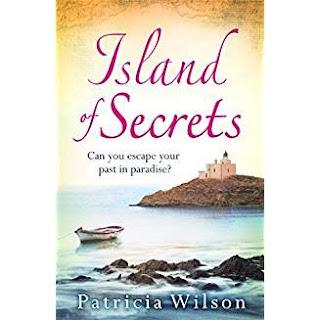 Island of Secrets by  Patricia Wilson
Published: 18th May 2017 (paperback)
Publisher: Bonnier Zaffre
Available in Paperback and on Kindle
Order now from Amazon

INSPIRATION BEHIND ISLAND OF SECRETS
After taking early retirement, my husband and I found our place in the sun, Crete. However, I soon realised the idea of laying on a beach all day with nothing to do was my worst nightmare.
I found my solution was to set myself a challenge: to accomplish something new, and difficult, each New Year and to stick at it like a real job for three hours a day, through the twelve months. As time passed, amongst other things, I learned to dive, sail, paint, build, fish, classical guitar, photography.
After living in the tourist area of Crete for many years, we moved to a very old cottage that we were restoring in the remote mountain village of Amiras, on the south coast.
That first year flew by, decorating and refurbishing the property, and getting to know the local people (at that time we were the only foreigners living in the area).
The following spring, in a year dedicated to gardening, I set about organising the vegetable plot. I’d bought half a dozen strawberry plants from the local agricultural shop in the town of Viannos, three kilometres away. A place where I was in the habit of going to meet friends. My favourite kafenion in Viannos was shaded by an enormous, thousand-year-old plane tree.
As the garden of our cottage had been abandoned for more than half a century, I decided to follow Alan Titchmarsh’s advice and double dig before planting. I used the traditional Greek digging tool, a skapáni, a flat bladed pick. When I hit metal, I wondered what it could be. I’d already unearthed some weird and wonderful bits of junk: old weighing scales, and a jerrycan. This turned out to be neither. What I pulled out of the soil was a rusted machine gun.
Wow!
I took the weapon to the Amiras kafenion where the men told me many moving stories about how war effected the local community, especially in 1943. In the nearby town of Viannos, I handed the gun over to the mayor, for the local war museum.
Over the following months, the village matriarchs told me their personal stories about the day two thousand Nazis invaded the village. Some of the women told me of events that they had kept to themselves ever since that terrible day. I was both honoured and humbled that they shared these real-life accounts with me, and the more I heard, the more I realised the women’s story had to be told.
Then, I started to notice how many local Greek men had blue eyes.
I decided that my challenge for the following twelve months would be to learn how to write a novel. I was shocked to discover how exciting, and addictive, writing fiction is.
The year after that, based on the facts I had learned from the women of Amiras, Wikipedia, and the local war museum, I set about writing Island of Secrets. 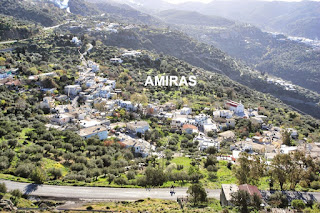 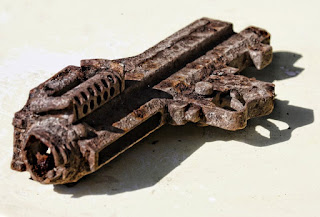 About the Author
Patricia Wilson lives in the village of Amiras in Crete where the book is set. She was inspired to write when she unearthed a machine gun in her garden - one used in the events that unfolded in September 1943, and much of the novel is based on real stories told to her by the oldest women of Amiras. Woman who've never spoken of their experiences before. This is her debut novel. 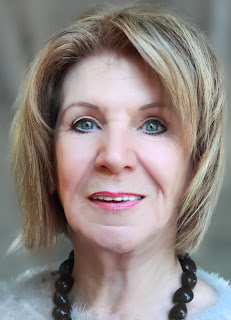 Posted by That Thing She Reads at 11:18 No comments: