Blog Tour Guest Post: Happily Ever after at the Dog and Duck by Jill Steeples

Happily Ever After at the Dog & Duck by Jill Steeples
Published: 2nd October 2018
Publisher: Aria
Pages: 358
Available on Kindle
Order now from Amazon

Blurb
Life in Little Leyton is never quiet, and when handsome developer Max and his bride-to-be Ellie, receive some sad news, he decides to whisk her away for a romantic break. The time away gives Ellie a new perspective, and she’s eager to get home to get on with planning their wedding.

But a devastating incident at the pub she runs, The Dog & Duck, puts everything in jeopardy.  And, at their home Braithwaite Manor, tensions are heightened when Ellie’s future mother-in-law turns up with all her worldly belongings, much to Max’s sister Katy’s despair.

With Max preoccupied with problems at work, Ellie’s left literally holding the baby, while dealing with a seemingly endless list of dramas. And as Christmas approaches, Ellie begins to wonder if she’ll ever get her happily ever after…

Jill Steeples’ heart-warming Dog & Duck series is the perfect escapist read for all fans of romance, laughter and unforgettable stories.

Guest Post by Jill Steeples
The publication of a new book is always cause for celebration.  After all that hard work it’s so thrilling to finally send your baby out into the big wide world and to know that people will be reading it, and hopefully enjoying it too! In the case of my latest novel, Happily Ever After at The Dog & Duck, there’s double cause for celebration as it’s the fourth and final Dog and Duck book bringing the series to a close.
I must admit to having mixed feelings about this.  Obviously there’s a sense of relief, satisfaction and excitement that I’ve actually made it to this point - there were moments when I wondered if I ever would! - but it’s tinged with sadness too knowing that I’m saying goodbye to characters who I’ve come to love and who have played such a major part in my life these last couple of years.
Funnily enough, I didn’t set out to write a series.  When I wrote the first book about Ellie Browne who loses her job and flat in London, and returns home to the village where she grew up, in search of some thinking time, I’d intended for it to be a stand-alone novel. Without a contract in place at the time or a pressing deadline to meet, I thoroughly enjoyed the process of writing the novel, set in an idyllic English country village and centring around the local pub. When it was finished it I sent it off to a new digital imprint that was just setting up, Aria Fiction, a division of Head of Zeus and within a matter of a few weeks I’d heard from them saying how they loved the book, and would like to publish it.  I was thrilled and quickly accepted their offer and that’s when the idea of turning it into a series and writing three more books was mooted by my editor!
I was daunted by the prospect.  I’d just written one book and now they wanted me to write three more, but once I’d chatted it through with my editor and we’d come up with some ideas on how to develop the series, it seemed that I might just be able to pull it off after all.
The good thing about writing a series is that you already have a core set of characters that you know and love so well.  In my case I also had the fictional village of Little Leyton and The Dog and Duck pub, so I had plenty of scope to develop the storylines, and I loved immersing myself in the fictional world I’d created.
Of course there are challenges to writing a series too.  Not everyone who picks up your book will have read the others in the series so you have to ensure that the story can stand on its own, offering enough backstory to make it easy for new readers to follow, but not too much that you alienate existing readers.  There is also a level of expectation from readers who are following the series. One of the loveliest things I’ve experienced in this process has been people getting in touch  saying how much they’ve enjoyed the stories and asking when the next story will be out. Those sort of comments make it all worthwhile and has made my first experience of writing a series a very positive one. Would I write another one? Possibly. Never say never is definitely my motto now after being pushed to do something that I would never have considered in the first place had it not been for my publisher.  In the meantime I really hope readers, both old and new alike, enjoy this latest book in The Dog and Duck series. 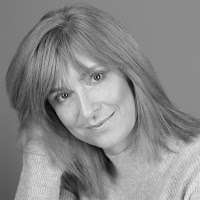 Jill lives with her husband, two children and an English Pointer named Amber in the Bedfordshire countryside. Her short stories have appeared in women’s magazines around the world aswell as in charity anthologies. When she’s not writing, Jill loves spending time with family and friends, reading, films, musical theatre, walking, baking and eating cakes, and drinking wine.


Instagram: @ariafiction
Posted by That Thing She Reads at 07:00

Email ThisBlogThis!Share to TwitterShare to FacebookShare to Pinterest
Labels: Aria, Blog Tour, guest post, Happily Ever After at the Dog and Duck, Jill Steeples, Romance