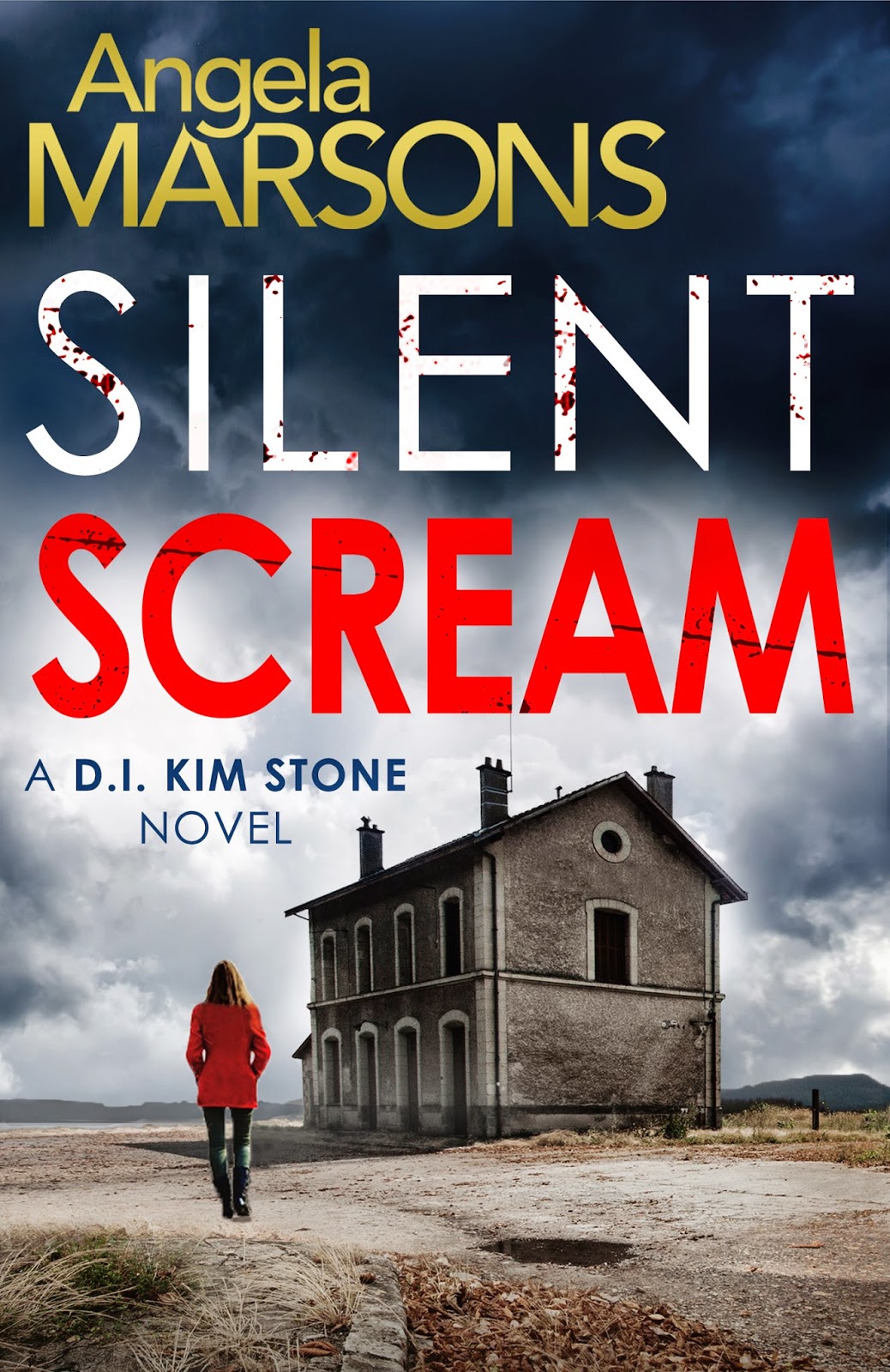 Five figures gather round a shallow grave. They had all taken turns to dig. An adult-sized hole would have taken longer. An innocent life had been taken but the pact had been made. Their secrets would be buried, bound in blood …

Years later, a headmistress is found brutally strangled, the first in a spate of gruesome murders which shock the Black Country.

But when human remains are discovered at a former children’s home, disturbing secrets are also unearthed. D.I. Kim Stone fast realises she’s on the hunt for a twisted individual whose killing spree spans decades.

As the body count rises, Kim needs to stop the murderer before they strike again. But to catch the killer, can Kim confront the demons of her own past before it’s too late?
Review
Bookouture is a publisher which has brought some brilliant reads to me over the last eight months of reviewing, so when I heard they had signed a new crime thriller writer I was really excited and Angela Marson’s debut Silent Scream surpasses every expectation I had, I found it to be simply brilliant.
The scene is set back in 2004 when five figures are surrounding a freshly dug and filled grave, vowing to keep the secret of what happened to this body among themselves. Fast forward ten years and head teacher Teresa Wyatt is found dead in her own bath tub, the description of her murder was very realistic and had my heart pounding, a brilliant opening chapter which had me totally hooked.
In steps DI Kim Stone to solve the crime which turns out to be more complicated the Kim and her team expect and as more murders are committed and when children’s bones are found in the grounds of an old children’s home, Kim’s interest in the case becomes more than just professional.
I really loved the main character DI Kim Stone, initially she seems very ruthless with her team and seems to have a hard reputation but as the story unfolds and we learn more about her we realise what she has had to deal with as child.  This made her very real to me as she had a vulnerability about her and the perfect character to lead a new detective series as I feel she has a lot more to share with us. The other character I like was Bryant, I loved his almost cheeky relationship with his boss, which brought a couple of lighter moments to a very involved novel.
This novel is action packed, and totally gripping, my heart was racing all the way through it and I could just not put it down until I knew how it would end. There were a couple of moments where I thought I had it all worked out and then bam nope I was wrong!  The ending which I got was completely not what I expected and that’s one of the reasons I loved this book, you’re left guessing until the very end.
Silent Scream deals with the subject of child abuse and highlights that those with power don’t always treat those children in these institutions with the care that they deserve. When the murders of the children were exposed I was deeply saddened and was rooting so much for Kim to find the murderer before they did any more damage. This topic made the crimes seem more real and tragic somehow rather than killer going on a bloodbath causing rampage.
For me Silent Scream is the perfect crime novel, it had a gritty plot with many twists, some deeply hidden secrets, psychologically damaged characters and a Detective Inspector to solve the crime who had her own flaws so was easier to relate to. It’s just simply brilliant and I think everyone should read it. It’s by far the best crime thriller I’ve read in a long time and I cannot wait to read the next one. I give it 5/5, go buy this book people!